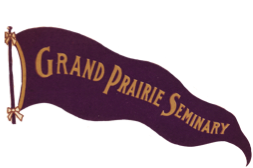 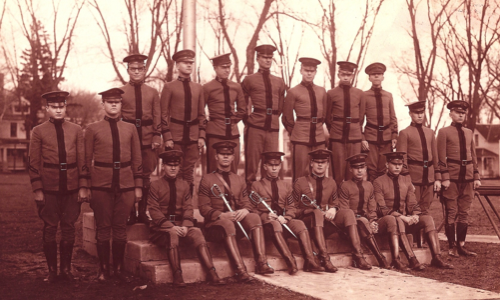 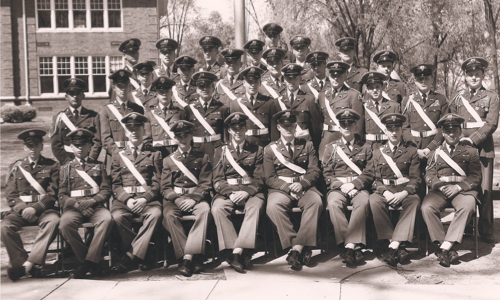 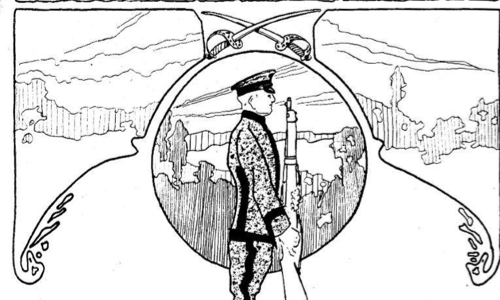 In 1919, the school gained a new lease on life and was reborn as an all boy’s military school…the Onarga Military School (OMS). Cadets replaced coeds and the bugle replaced the school bell.  The importance of a quality education was still the focus of the new school.  The purpose of Grand Prairie Seminary had not changed.

In 1922, a new brick two-story school building was constructed housing classrooms, a science lab, library and study hall.  The building remains standing in the center of the north side of campus.

The Vietnam War took its toll on life in the U.S. during the late 1960’s early 70’s, and military schools across the nation were no exception to the effects of the war.   Dwindling enrollment forced Onarga Military School to close its doors in 1972.  The military school left an enduring legacy of 53 years committed to teaching a college preparatory curriculum, providing an infinite supply of motivation and defining the meanings of responsibility and character for countless young men.

After OMS ceased operations, the GPS campus was occupied by the Coe Military Academy and then the Peniel Christian School during the 70’s and 80’s.